Not all Ocicats are cuddly and friendly.  Some of them are moody and angry, and this is very puzzling for cat parents you may ask, is my cat just moody? does she really hate me? being a cat owner is really very confusing most times.

Today we’re talking about some moody signs in 10 signs that your Ocicat really hates you.

When your cat doesn’t seem to be affectionate towards you, you start thinking if it hates you, so here’s the first sign that your cat really may

1- Your Ocicat Twitches its Tail

You can know so much about your Ocicat just by observing its tail, when it twitches or jerks its tail tip while holding it low, that’s because tail twitching is usually associated with aggression, and the more that it jerks the less happy your cat is with you and when the movement becomes fast experts suggest that you should back off because your cat has just given you a death threat. Well, not exactly a death threat but more like “don’t you dare come near me human look”.

2- Your Ocicat’s tail is Horizontal

Now, this is the second hate tail position. You don’t have to worry if it’s in a horizontal position but quite loose because that means your cat is just relaxing, if you see the horizontal tail a bit lifted from the ground or when it’s tucked it means your cat does not totally hate you, but he or she fears you or is nervous around you but we don’t think that’s a good thing either. However, when the horizontal tail stays low that’s the time that owners should really take caution because it’s a sign of hostility or aggression.

It may be hard to figure its mood based on its horizontal tail sometimes but when there is lashing and tail puffing when the fur begins to fluff up that’s a surefire sign that your cat doesn’t like you.

3- Your Ocicat Hisses at You

Aside from their body language Ocicats use their meows, purrs, and hisses to communicate. Meowing may generally mean “where’s my food human?”. Purring usually means” leave me because I’m chilling and vibing”.  But hissing is the complete opposite of the two other sounds because hissing mostly serves as a feline’s warning if cats could talk, they’d probably say” back off or you’ll get a taste of my pawer” every time that they hiss.

Hissing is also their way of showing off one of their deadly weapons, which are their sharp teeth so when your cat usually hisses at you -I hate to break it to you- but that means you simply annoy him or her, experts advise that if your cat does this often it’s best to give it some space and avoid petting or picking him or her up at the moment.

4- Your Ocicat’s Ears are Flat Against its Head

Ocicats don’t only use their tails and sound to communicate their feelings in moods, you also have to be observant of their tiny little ears, if your cat’s ears are turned sideways or turned at the back then he or she may be feeling nervous and anxious about something. But if it does this often around you, then you may be the one causing the anxiety, if its ears are laid back and flat against its head it means your cat is scared and feeling defensive.

Doing this often when you’re around may mean that you look like a threat to him or her, no offense in that ears flat against the head may also be a sign that they’re mad, aggressive and ready to pounce if you happen to push their button, bottom line ears against the head means don’t mess with me human.

5- Your Ocicat Bites You

It’s not just a simple and gentle nibble that we call the love bite. Not the playful biting that comes during petting and playtime.

We’re talking about aggressive teeth plunging with a vicious scratching type of biting, most times this kind of bite causes skin breakage and that’s how you know that your cat is already expressing its aggressiveness, it is also usually followed with hissing, spitting and that defensive arched posture that looks similar to what we see on cartoons when a furious cat charges at its enemy.

It’s normal for cats to bite because they have sharp teeth, it’s like putting their gifts to use but experts suggest that it shouldn’t be tolerated and it’s best to discipline your cats by reinforcing good behaviors with treats and withholding the treats when they do otherwise.
Read also: 8 signs your cat is crying for assist

6- Your Ocicat Lies on its Back with Claws out

If you’ve been an Ocicat parent for quite some time now perhaps you already know that cats are very moody and unpredictable, and lying on their backs is one of the proofs of their fickleness.

Lying on their back may sometimes mean that, they’re happy and comfortable, and at their best mood this may mean petting and belly rubs, but there are times when they’re lying on their back to bait you, so when you reach out to touch their tum tum they’ll scratch you instantly.

Yes, your cat can hate you so much that it baits you for an attack, when your cat is on its back it can blitz with all four claws plus sharp teeth, so cat behaviorists suggest that before you reach out to their belly when they’re lying back, look more carefully for signs, are your cat’s ears also flattened against its head? are its eyes dilated? do you hear a faint growl from it? if yes, then be cautious cause it’s a trap.

7- Your Ocicat doesn’t Use its Litter Box

When your Ocicat is not using its litter box and just taking a pee and poo anywhere, it might mean that he or she is under stress, so this does not mean that your cat directly hates you, it’s just that it’s annoyed by the fact that you’re not looking after its needs, because usually the reason why they don’t use their litter box is that, they don’t find it comfortable enough.

Yeah, just like us humans, cats also don’t like dirty or uncomfortable toilets, most times they may be having issues about the size, shape or depth of the box. maybe it doesn’t like hooded litter boxes or maybe it finds the box too small to squeeze in.

Some cats don’t like other types of brands of litter, due to texture and odor the stress that, they get from this kind of environment would be shown as aggression against you, because you know cats are spoiled creatures and they want that best service that they can get from you.

8- Your Ocicat Walks Away From you

A cat follows you around when it loves you, but it walks away when it’s not really fond of you. If you try to engage your cat to play times or petting times and it just doesn’t seem interested no matter what toy you bait him or her, then that’s a rather obvious sign that your cat isn’t happy, this may really break your heart as a cat parent, but you have to accept the truth but hey cheer up because there are still ways to change your cat’s attitude towards you.

You just have to pay more attention to its behaviors, does it like petting? what is your cat’s favorite treat? does it like having personal space? trying to know your cat better is a good way to break the ice.

9- Your Ocicat Keeps Hiding from You

Pet behaviorist Jessa Pesky at mars pet care mentioned that “a hiding cat is not a happy cat” it’s one of the ways that it expresses its discomfort with the environment.

You don’t have to worry if your cat is new in the house, because that only means it’s aloof under unfamiliar places and people. It doesn’t know you yet, so basically it doesn’t like you for now, but if your cat was naturally outgoing and it was just lately that it’s setting itself apart from the crowd, then you should consider getting to the vet because sometimes cats hide when they’re experiencing a health issue.

Excessive hiding may also be a sign of stress and fear, so you can allow your cat some personal space in the house, but if this becomes a practice for too long, you should also try visiting the vet.

10- Your Ocicat is Friendly to other People, Except you

Well, this is rather the saddest sign that your cat hates you, normally cats can hate everyone except their own human, so I understand how upsetting it is when you see your cat getting all curled up and purring to a guest, when it never exhibited affection towards you.

Ocicat behaviorist Michelle Nagle Schneider the author of the cat whisperer said that “if your cat is cuddly to other people but refuses to do the same to you then it might have a personal problem with you”.

Maybe the problem is not your cat’s attitude, but something about yours. Maybe your cat is not getting all its essentials from you, have you fed it at the right time? have you refilled its water bowl? have you cleaned the litter box? or maybe because you’re too busy sometimes, you unconsciously ignore your cat when it’s craving some of your attention.

So, what it can’t get from you? it’s trying to seek from other people. If your Ocicat is being unfriendly and aggressive towards you right now, you have to understand that some cats are just not that social, maybe it just so happens that your cat is one of them.

Sometimes the problem also lies in us humans, we may not be caring for our cats the right way, caring for them is more than food and belly rubs, but all the same no matter what I hope you keep loving your feline, I believe they’ll come around when it’s time.

There you have the 10 signs that your Ocicat really hates you, we hope you had fun as well as learned a lot about Ocicats in this article. 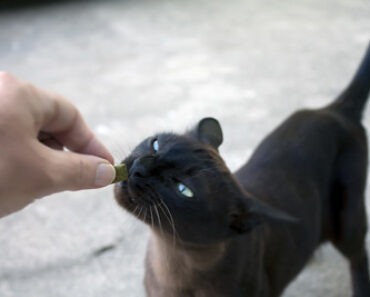 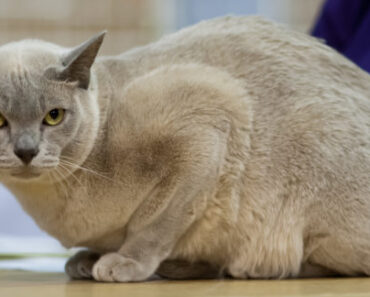 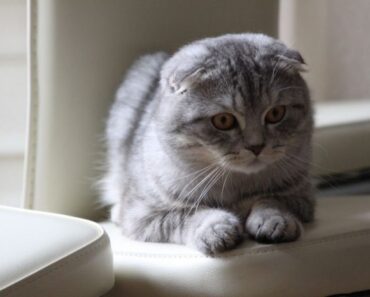 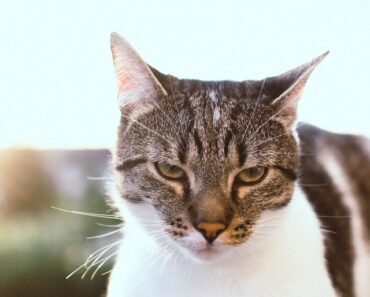 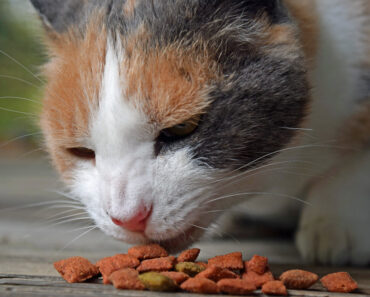